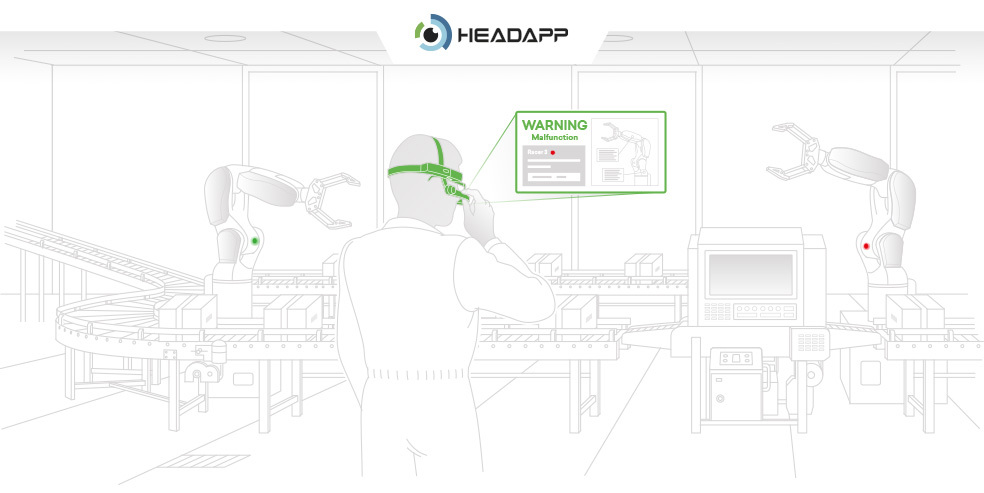 Augmented Reality did not seem to be a viable option for industries until not long ago. But now immersive technologies have become crucial to improve all phases of a company’s production process and business activities.

The technological drive helps smart factories compete in the market, get more engagement, offer services and products that satisfy customers who are increasingly connected.

The Digital Transformation, also supported by the Industry 4.0 models and the tenets of Industry 5.0, leads to investments in wearable devices, such as smart glasses, collaborative platforms and industrial AR applications for a growth involving many sectors. In particular, the evolution includes IoT and smart factories, substantial slices of a market that in Europe alone will grow threefold in 2025, as it emerges from the latest Reply research.

Augmented Reality for  Industries and Consumers

Augmented Reality is no longer available only to a few. In fact, it has become the trump card in many sectors such as logistics, marketing, safety on construction sites, and the environment. The expansion of Augmented Reality and immersive technologies, however, does not involve solely industries, but also consumers.

This is what emerges from a study by Statista.com which shows how AR mobile users are increasing. In fact, while in 2020 their total number was 600 million, in 2023 the figure is expected to soar. According to forecasts, there will be about 2.4 billion users who will use Augmented Reality on mobile devices. An increase of 2.2 billion, compared to 2015 (200 million).

But which industry sector will invest more in AR?

According to “Statista.com”, in 2023 in America, manufacturing and construction will be the market segments that will spend the most on immersive technologies, especially Augmented Reality and VR, with an expected investment of about 35 billion dollars. A similar scenario can be found in Europe, where next to manufacturing there is smart Healthcare, as a response to the crisis and to the Covid-19 pandemic.

Europe was the first to be heavily impacted by the pandemic. The upheavals the virus outbreak caused have imposed new rhythms, challenges and a new awareness on industries which, in order to remain competitive and ensure production efficiency, have pushed for digital transformation. In particular, there has been an increase in investment in IoT technologies, which, compared to other market segments, have been less affected by this sudden change. Not surprisingly, the trend is growing: by 2025, investments in the Internet of Things will increase.

Forecasts are also connected to the development of smart factories, intelligent factories that use IoT to digitally connect assets and machinery. As a result, they coordinate and monitor in real time every phase of production, human resources and related aspects in real time.

That’s what Reply’s Industrial IoT: A Reality Check report reveals. The study focuses on smart factories and smart transport & logistics. The smart factory market is expected to triple in the Europe-5 cluster (includes the five EU economies: France, Belgium, Netherlands, Germany, Italy) by 2025, reaching over 23 billion euros in five years, with Germany in the lead, followed by France and Italy. In 2020, il Bel Paese has already invested 580 million euros in smart factories. By 2025, the figure is expected to reach 1,547 million euros.

Platforms will experience substantial growth. Companies will invest more to better manage quality and reduce production costs. Significant gains will also come from the expansion of the Industrial Internet of Things (IIoT), or IoT technologies applied to the industrial environment. These  changes derive from the application of  Industry 4.0 to smart factories, which make the stages of the production cycle more precise, flexible, high-performance and safe. In fact, IIoT represents the evolution of the Industrial Internet of Things, with an improved machine-to-machine communication.

Among the advantages of Industial IoT are:
– Increased productivity: hi-tech companies, through the continuous collection of production data, visualize and process them, and then transmit and store them (cloud). In this process, resources, such as electricity and water produced by running machines, are used accurately. Equipment is self-regulating to improve operations and production line efficiency.
– Reliability and automation of logistics: with Industrial IoT, asset tracking can be managed more securely. At the same time, you’ll see supply chain improvements.

For more information on the HeadApp software, contact us for a free consultation or visit our Solutions page.

Expand Your Business As an Eye4Task Retailer

Find out how AR and VR can impact your organization